On December 10, 1977, Congresswoman Barbara Jordan made the decision to leave office after three terms in the House of Representatives (1973-1978).  The decision was surprising to some, probably because it happened so quickly and with little fanfare leading up to her decision.  There has been much speculation over the reasons behind Jordan's decision to move on to other things:  her health, disillusionment with the slow-moving processes to get things done in Congress, Carter's failure to nominate her to a cabinet position after his election, etc.  There may be a grain of truth (or not) in some of the theories.  Whatever Jordan's reasons, true to form, when her mind was made up, that was it.  The end came quickly, Jordan finished her last term at the end of 1978 and moved on to teach at UT-Austin in the LBJ School of Public Affairs for the next 17 years.

Here are some items from Jordan's papers that document the end of her Congressional career.

Posted by Barbara Jordan Archives at 6:45 AM No comments:

The Barbara Jordan Archives notes the passing of Nelson Mandela.  Our condolences to his family and many friends throughout the world. 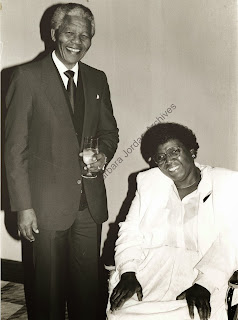 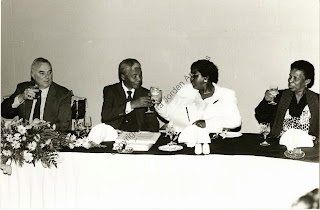 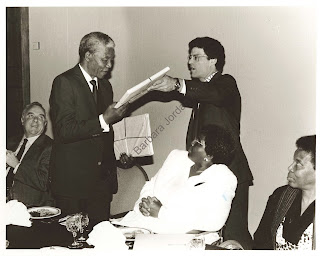 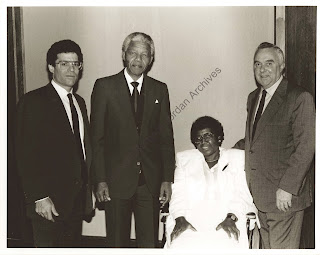 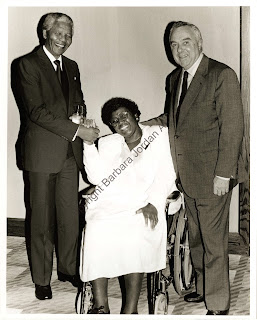 Posted by Barbara Jordan Archives at 2:29 PM No comments:

Happy holidays from the Barbara Jordan Archives and Special Collections at Texas Southern University!  This time of year we like to display seasonal times from Jordan’s papers.  This year we thought it would be fun to look at a few items from Jordan's always busy Decembers in the early days of her public service, 1967-1973.  The life of a politician never slows down, even for the holidays.  We will also feature a special holiday exhibit at the RJT Library through the month of December, so if you're in the in neighborhood, stop by and say hello!

All the best to you and yours from the staff of Special Collections and the Barbara Jordan Archives.

Posted by Barbara Jordan Archives at 9:05 AM No comments: