On December 10, 1977, Barbara Jordan gave a press conference in Washington to announce her intention to not seek reelection after her third term.  The announcement came as a surprise to many, especially since Jordan had been extremely visible in the political arena since 1973, and particularly after her spectacular and historic appearance at the Democratic National Convention the year before.

Following her announcement, Jordan didn't say much to the press, which was typical of her private and professional nature.  On January 6, 1978, however, she gave a lengthy statement to Time magazine about a month later about her decision (which she dictated over the phone from Houston to one of her Congressional aides in Washington).  Jordan had some interesting things to say about term limits for politicians, which still resonate in today's political climate.  Jordan's statement to Time appears below in its entirety. 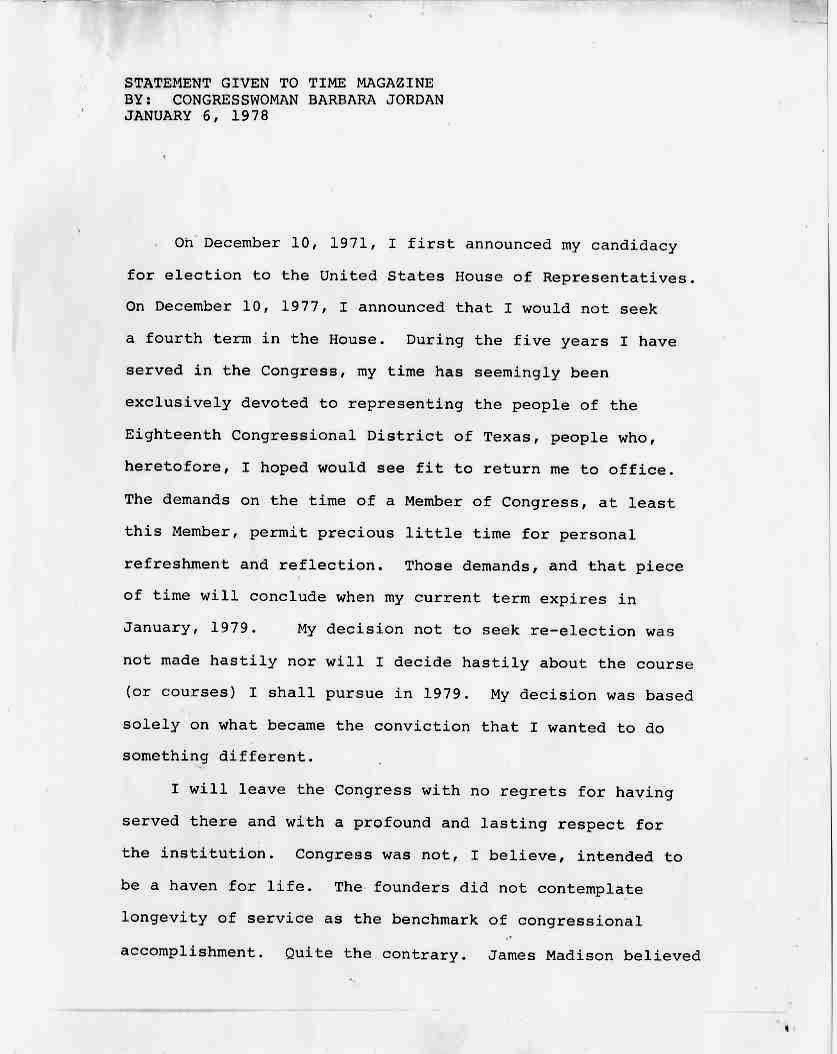 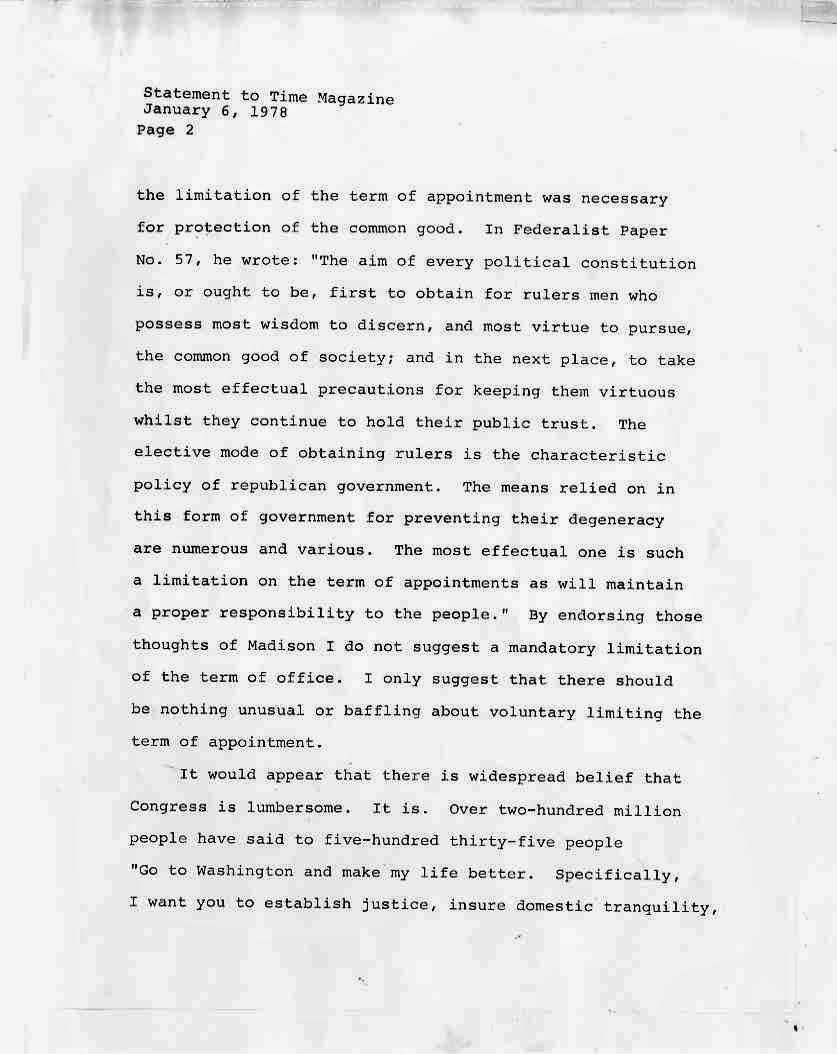 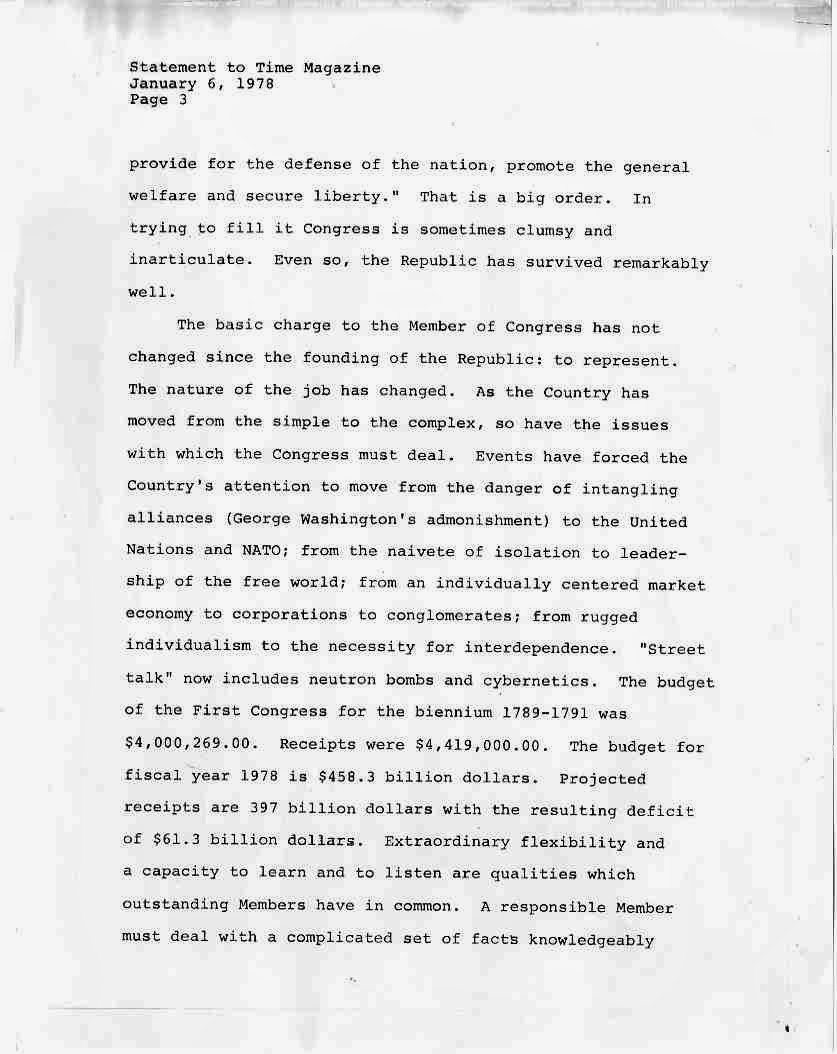 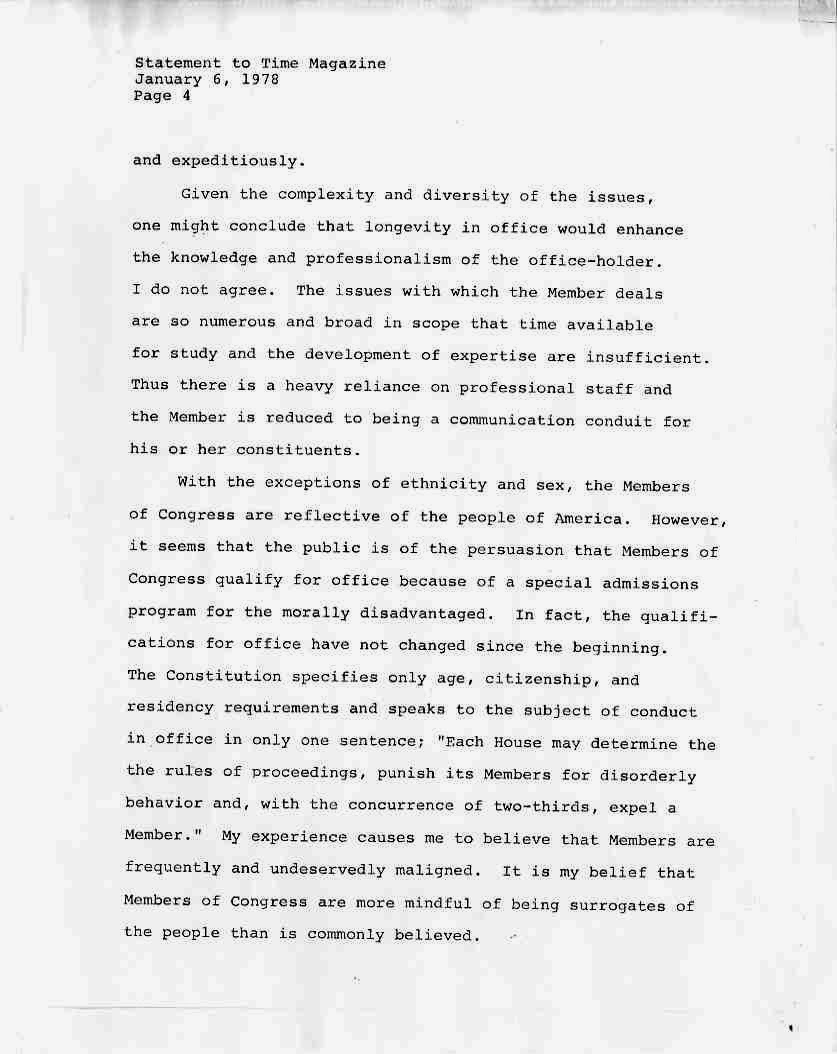 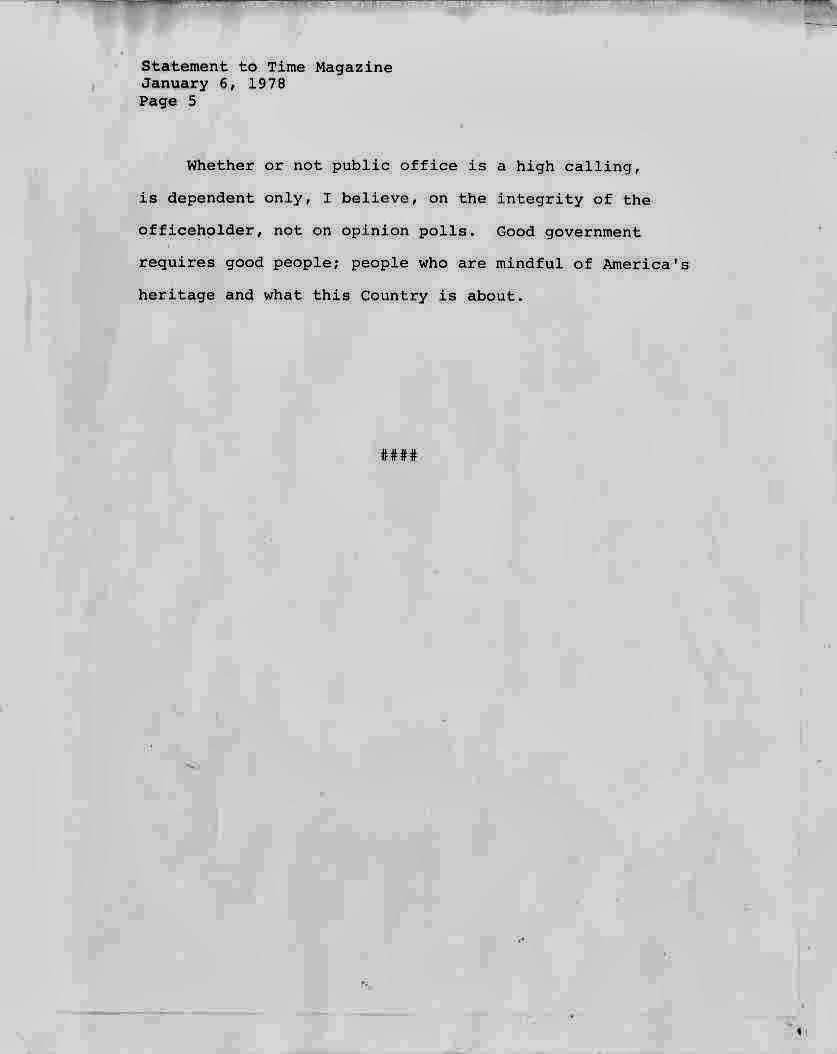 Posted by Barbara Jordan Archives at 6:31 AM